Broker Claims Team of the Year 2017

This company dealt with some 118 claims in two days even whilst they themselves had suffered a power cut – a pressure for any team, but particularly a small team. The judges were impressed by some of the strongest testimonials this year.

Due to its geographical location in the middle of Storm Desmond, the company instantly realised a major incident was unfolding and began to formulate contingency plans early. In preparation, it contacted key customers predicted to be the worst affected, given both their geographical and personal circumstances. To deal with the situation it was clear that the usual procedure of insurers appointing loss adjusters and arranging their appointments would not work efficiently enough due to damaged infrastructure, and Capstick quickly organised two dedicated loss adjusters with local knowledge to deal with claims. Business practice at J N & E Capstick is centred on the belief that claims are the core value of insurance service. Given that the scale of Storm Desmond was far greater than anything the team had experienced, it can take considerable pride that it was able to continue to provide customers with the personalised service and additional help to support them during a time of their greatest need. Capstick received positive feedback from all customers surveyed which further underlines the company’s success throughout the claims surge. Following the settlement of claims, Capstick conducted a post-event analysis of the lessons to be learned and it could improve preparations for a future major event, which might include more use of social media.

“We are thrilled to have won Broker Claims Team of the Year in recognition of our innovative and proactive approach in dealing with the claims linked to the devastation caused by the storms in Cumbria. Here at J N & E Capstick Insurance Consultants we pride ourselves on the personal service we provide to our clients. We understand our clients, their businesses and their lifestyles and do everything we can to ease the claims process for them with one of our expert team members by their side. Where possible, we aim to visit claimants at their own premises and have been rewarded by a very loyal client base”

“The devastation caused by the storms in Cumbria saw us receive almost a quarter of our usual annual claims in just two days. With our knowledge of our clients and the areas we serve we were able to contact affected clients, insurers and loss adjusters within hours of the losses occurring, ensuring clients were visited quickly and efficiently. Of course, we couldn’t have done any of this without the hard work and effort of our close knit team – many of whom were affected by the floods themselves.” 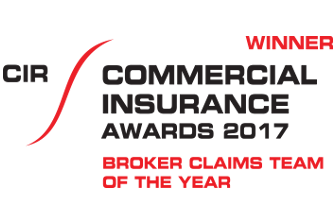